Taubin Shoe Repairs was established by Mr. Borris Taubin in 1922 when he arrived in South Africa.  He used to travel from door to door in Braamfontein offering his services to residents and businesses.His first Shoe Repair shop was opened in 1927 in Hillbrow Johannesburg.  His son, Morris Taubin, eventually joined him.  Hillbrow was, at that stage, a sought-after inner city residential area and popular business location.  By the 1970’s the area had acquired a cosmopolitan and politically progressive feel, and was often regarded as the shopping and entertainment “place to be”!

With the success of the first shop, Cyril Taubin, Morris’ son, duplicated the concept in Twist Street.  This in 1971 the Shoe Care brand was formally established.  The 1980’s, brought increasing demand for property and infrastructure, which Hillbrow could not provide. The subsequent middle class exodus from Hillbrow saw an unfortunate decline in the area. Cyril Taubin, however, had his sights set on bigger and better things.

A new concept in shopping was to be introduced into Johannesburg in the form of Eastgate Shopping Centre. As controversial as the idea was, it was developed as Johannesburg’s first ’super-regional’ shopping centre.

It opened in 1979, as the largest shopping centre in the southern hemisphere.  Despite their initial scepticism, Cyril managed to convince his sister Jacqueline and her husband Jean — Rene Macquet to join him in his new venture, with a store of their own.  Little did they know at the time; just how successful the stores would become. 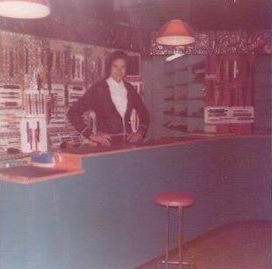 Once the pilot stores were well established, expansion of the brand, was inevitable. Another large shopping centre was quickly gaining popularity in the Northern suburbs of Johannesburg. The suburb of Sandton was initially a combination of grassy sprawling estates, but the property prices were far below that of Johannesburg’s CBD. Thus, companies soon began to relocate to the area, which quickly transformed it into a bustling business district. 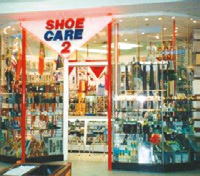 Shoe Care took advantage of the area’s increasing popularity with Shoe Care 3 opening its doors in Sandton City in 1985. This centre now boasts being situated in the middle of Africa’s richest and most financially important square mile and has become one of the most prestigious shopping centres in Africa.

With business being at an all-time high, the fourth generation of the Taubin family soon filtered into the family run empire. Phillip, Gilbert and Jean-Pierre (Jean-Rene and Jacqueline’s sons) have continued to honour and expand Morris and Cyril Taubin’s legacy. Their fresh ideas continually see new and innovative product ranges and services offered by the stores and it is no surprise, that the stores have subsequently become notorious for their full and exclusive gifting range. The Shoe Care stores have become renowned in both centres and are often described by customers as “the shop where you can get anything”.